Beans, not tortillas, are Mexico’s favourite food. And you’ll see why when you try this exotic take on baked beans and toast. 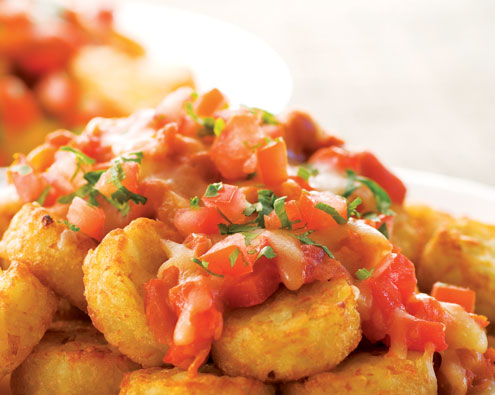 1. Heat a dash of oil in a non-stick frying pan. Gently fry onion and capsicum until tender, but not brown. Stir in cumin. Add Wattie’s Mexican Style Beans and grated cheese, stir to combine, heat gently. Do not boil.

2. Place the frozen Wattie’s Golden Heart Hash Brown Buttons in a single layer on an oven tray. Fan bake at 220°C for 5-6 minutes, turn the hash brown buttons and bake for a further 5-6 minutes or until crisp and golden.

3. Stir diced tomato and parsley or coriander into the hot bean mixture, spoon into a serving bowl and serve with hot crispy hash brown buttons on the side.