This is an oldie but a goodie – Potato Pom Poms on a delicious mince filling, a true Food in a Minute classic. 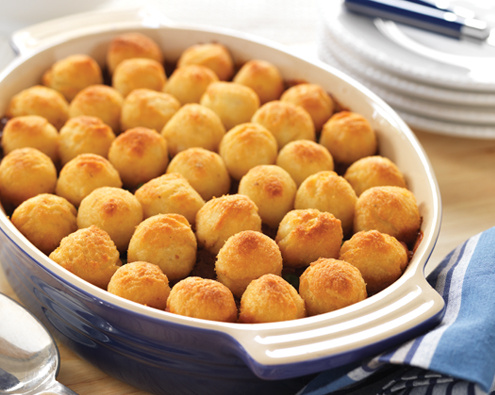 Browning meat, although not essential, is desirable as it improves the colour of the finished dish and develops flavour, especially in recipes that have a relatively short cooking time.