On a chilly winter’s day what can be nicer than a bowl of hearty homemade soup? And what’s even better is that it can be made and served in half an hour! 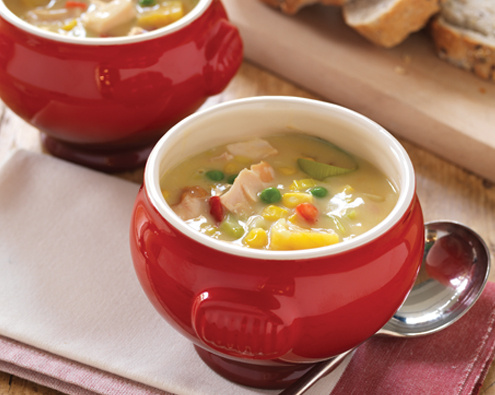 Placing a lid on the saucepan when softening the leeks will speed up the process. It is important to remove the lid once they start to soften, otherwise they tend to go mushy.

We used golden kumara in the recipe, as it tends to stay firmer than the traditional red kumara.