by For Baby Dietitian

Summer is on it's way and it's a great times to introduce new season’s veggies to your little one. Many parents find the offer of new veggies is met with either flat out refusal, or a ‘one try’ wonder followed by a mouth clamped shut! If you’re trying to introduce Brussels sprouts to your baby… this may be easier said than done! However, the good news is research shows there are simple ways to encourage your little one to eat new veggies.

A European study* found the key to getting children to accept a new vegetable was to offer it at least 5 -10 times, and before the age of 2 years.

Children (aged between 4 and 38 months old) were offered artichoke puree; chosen because it wasn’t a vegetable they were likely to have encountered before. Around 40% of children in the study learned to like this new veggie, with around 1 in 5 clearing their plates!

Even fussy eaters could be encouraged to eat the artichoke if it was offered repeatedly 5-10 times. Acceptance was better in younger children under the age of 2 who tended to eat more of the puree than older children.

Interestingly, when researchers offered some children a sweetened artichoke puree (to mask the flavour), there was no significant difference between the amount of sweetened puree eaten compared to the plain puree.

So, when introducing new veggies to your little one, remember the following tips:

- Start early: children under 24 months may be more receptive to new foods.

- Persistence pays off: Offer a new veggie at least 5-10 times to increase its acceptance.

We’d love to hear your stories about introducing your little one to new veggies! Was it a success story, or a horror story?! 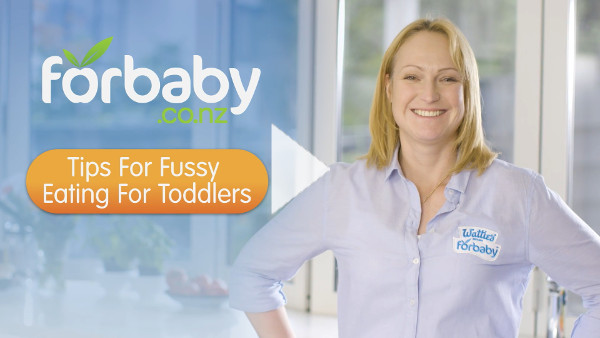